The local attractions below are representative of the wealth of day trip opportunities available while staying at Cliftons, Truro’s Premier Guest House…we trust you will enjoy the experience. 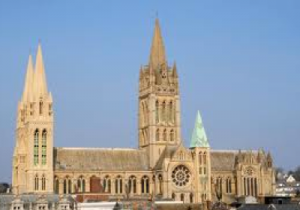 Soaring above the surrounding rooftops, Truro Cathedral is located at the heart of this thriving Cornish city and wonderfully situated in the middle of the Royal Duchy of Cornwall.

Truro Cathedral was the first cathedral to be built on a new site since Salisbury was started in 1220. For over 650 years no one had attempted to emulate the great cathedral builders of the medieval era. A massive building project in the same architectural style as the medieval cathedral builders could only have been the vision of the Victorians – who also built Cliftons! They adapted the classic pointed arches of the gothic style and used modern building techniques to create this wonderful building.

Dubbed the Eighth Wonder of the World by some, the Eden Project is a dramatic global garden housed in tropical biomes that nestle in a crater the size of 30 football pitches.

With a worldwide reputation, and recognised by the British Travel Awards as the Best UK Leisure Attraction 3 years running (2013, 2012 and 2011), Eden barely needs an introduction, but this epic destination definitely deserves a day of your undivided attention. More than just a huge, tropical garden, Eden is a gateway into the relationships between plants and people, and a fascinating insight into the story of mankind’s dependence on plant life. 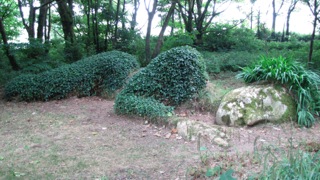 The Lost Gardens of Heligan

80 acres of superb grounds with a complex of walled gardens and a huge, productive vegetable garden. Set in one of the most mysterious estates in England, Heligan.

The gardens in Heligan near Mevagissey were reclaimed thanks to Tim Smit, the creator of the Eden Project . The estate was occupied by the Tremayne family from the early 17th century until the First World War, when the house was commandeered for use as a convalescent home for officers. During this period, the gardens were neglected and the neglect continued after the return of the family. 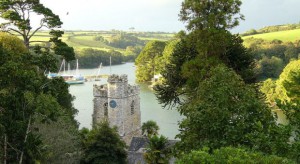 This beautiful area of Cornwall is an incredibly popular visitor destination and is laden with award winning restaurants and glorious uncrowded beaches. The Roseland remains largely unspoilt and is the prefect place to explore and while away those lazy summer days. For the more active there are numerous land and sea based activities suitable for all the family. The Roseland is accessible by King Harry Ferry, Enterprise Boats from Truro or you can drive around.

The Hall For Cornwall

The Hall for Cornwall is now the premier entertainment centre for the county, hosting touring groups from opera, ballet and other companies. It is within a complex of cafés and shops in a recently renovated area of town. 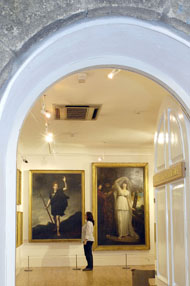 The Royal Cornwall is the county’s oldest museum, famed for its important collections of natural history, geology, decorative arts and Newlyn School paintings.

The museum includes an Egyptology collection, including an unwrapped 25th Dynasty mummy, classical Greek and Roman objects and a world famous collection of minerals, including the largest specimen of liroconite ever discovered 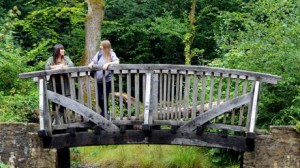 An inspirational garden with varied woodland planting, mixed borders with bright summer and autumn flowers together with exotic perennials. Perched at the head of the Fal Estuary, Trelissick boasts jaw-dropping views.

Other gardens worth visiting include Trebah Gardens and Glendurgan Garden.

Enterprise Boats are a well established, family run business operating a seasonal service linking Truro with Falmouth by sea along The River Fal. The service also calls at other places en route such as Malpas and St. Mawes.

Celebrating the sea, boats and Cornwall, this multi-award winning museum not only has 15 stunning galleries beautifully illustrating the past, present and future of this island nation but also offers a number of stunning exhibitions.

The Minack Theatre is Cornwall’s world famous open-air theatre, carved into the granite cliff and set in glorious gardens overlooking the spectacular panorama of Porthcurno Bay.

Hire the bike and accessories of your choice. Spend the day cycling off road along a picturesque cycle trail? Enjoy the sights of old mine workings, beautiful wooded valleys with hedgerows filled with wild honeysuckle, gorse, thistles, heather and primroses. Visit nature in all her glory on the Coast to Coast Trail… from the South Coast at Devoran and Point to the North Coast at Portreath… where you can take a well earned break and paddle, or swim in the crystal water that flows in from the Atlantic. Explore the local mining heritage, the old relics and monuments that were created when Cornwall was the capital of world tin mining. They say, wherever you go in the world… at the bottom of every mine… is a Cornish man.

For more information on Truro: Truro City of Cornwall 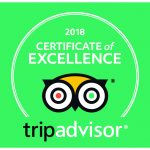